DECONSTRUCTING MEDIUMS  As Picasso has deconstructed style, it has been said that I have deconstructed mediums. I mean Deconstruction in the sense that knowledge is brought down to the local, specific level. I don’t use it for political purposes to destroy meaning, as it came out of literary criticism, where subjects and verbs are separated.

When I etch it is for weeks or months at a time, the same with other mediums, until I can push the medium until it will begin to break.  The rich etching black can be created with cross hatched lines as in Philosopher Contemplating a Tree where the medium comes apart and shows its inner structure. It becomes like a Rorcharch Ink Blot. 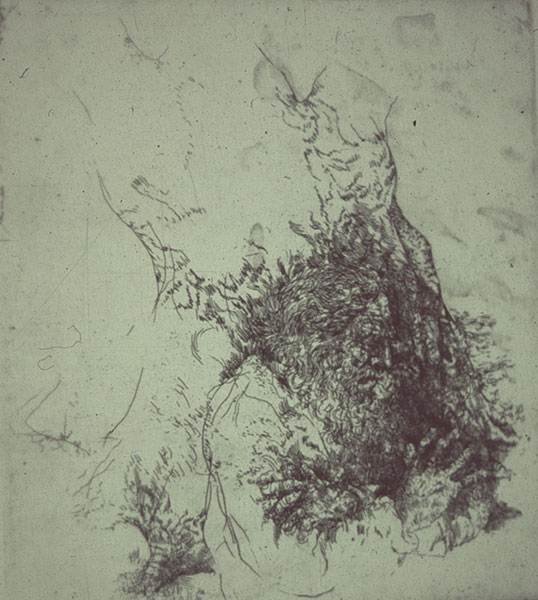 In drawings, as in this one, the medium calls your attention to the flat surface and sets up a tension between the illusion of three dimensions and the actual materiality of the paper and paint. 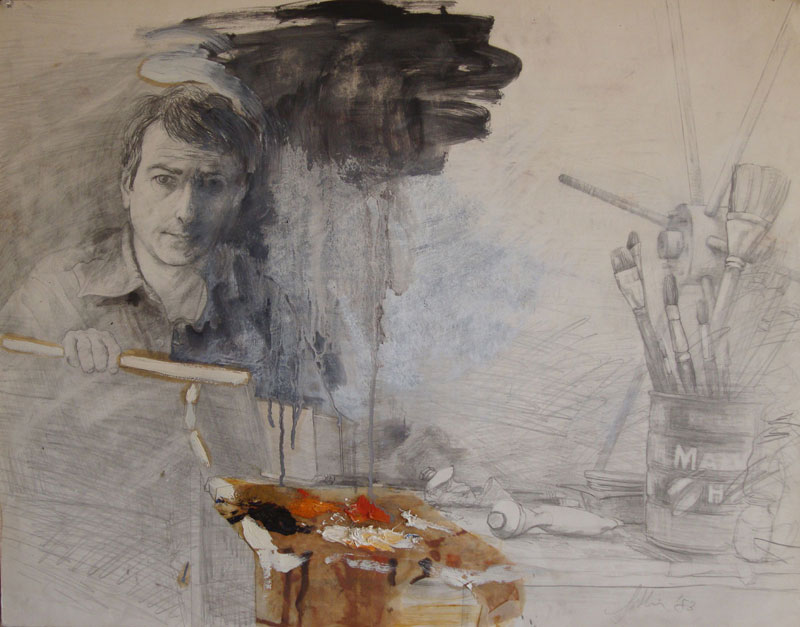 In sculpture my marbles reveal the uncovering process that is essential to carving, taking away to reveal form, as in Emerging Face. 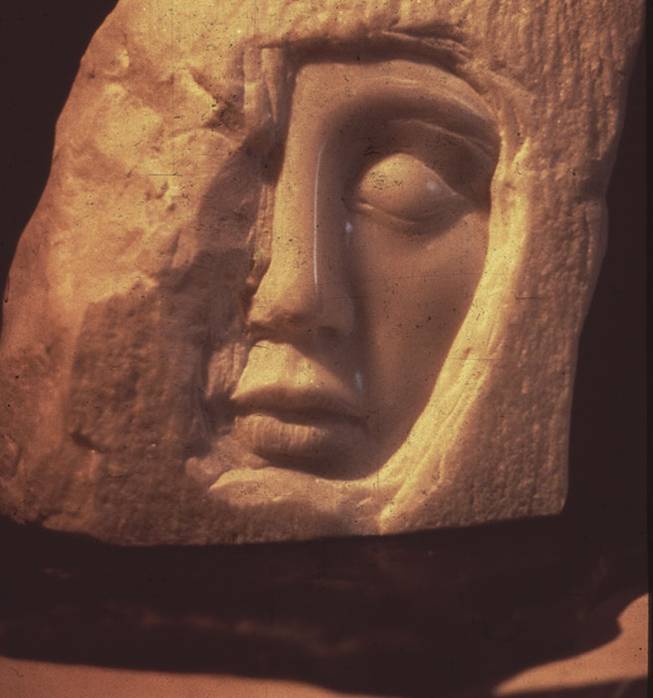 In casting bronze the deconstruction shows the process which then becomes part of the content of the work. In  Angel, where the mold for the bronze was a  piece of marble carved in reverse. I learned that Ancient Greeks used marble for bronze molds. This was an experiment performed at the Rhode Island school of Design bronze foundry. The intense heat of the molten bronze cracked and discolored the marble mold. 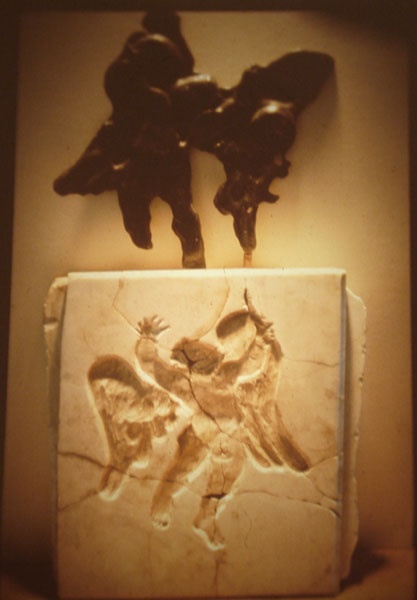 Lithography printing works on the principle of oil and water repulsion. Ink adheres only to the areas of the greasy crayon drawing and is repelled elsewhere on the moistened Bavarian Limestone. In Winona Double Portrait, the process was subverted and revealed by dissolving the grease drawing and flooding the stone with both water and solvent redistributing the darks yielding an unexpected result. 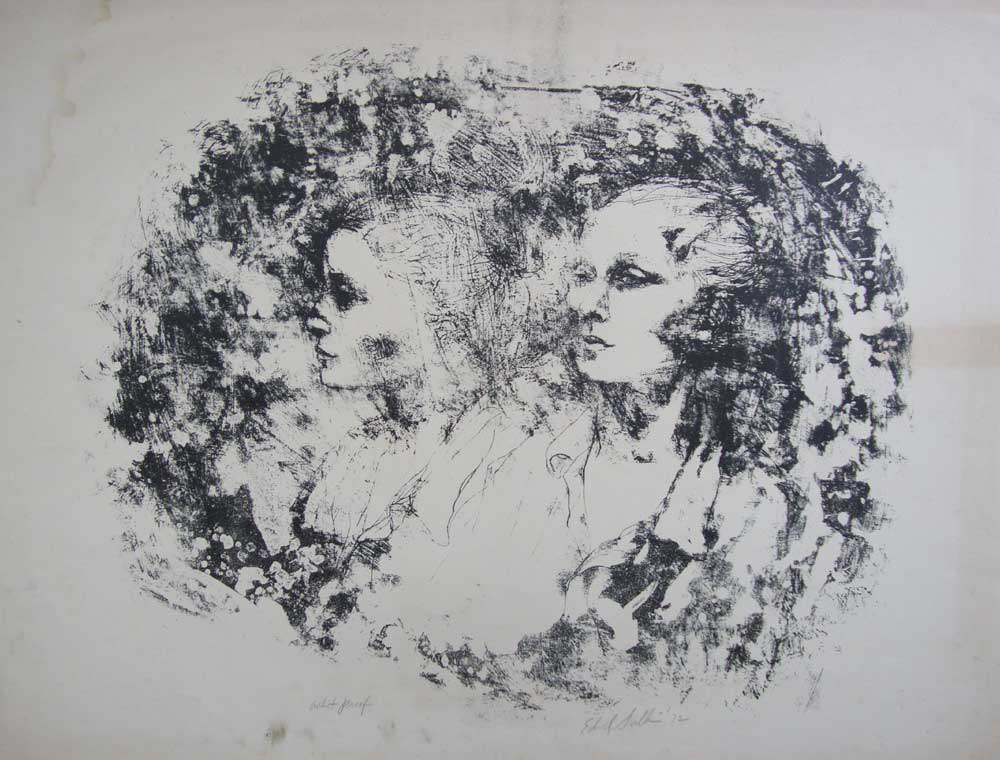