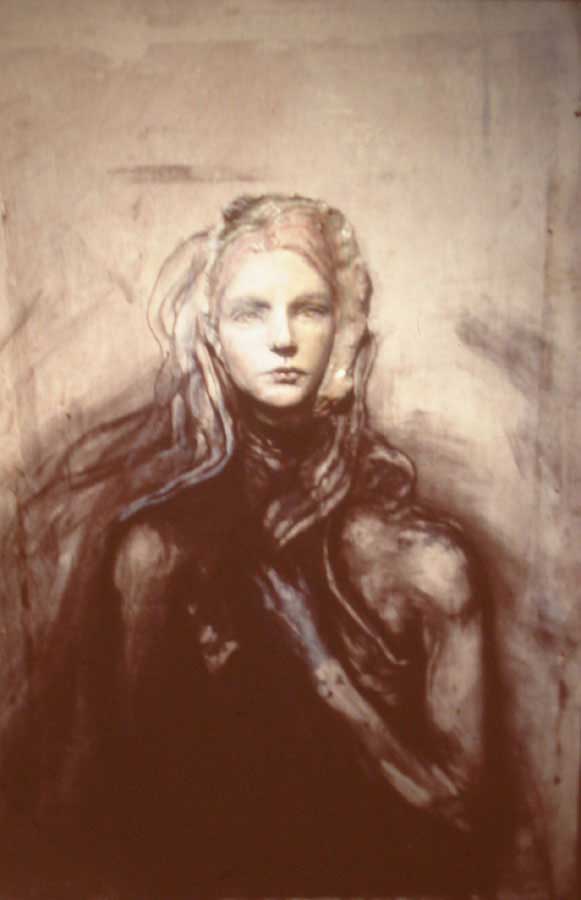 This is the character from Nathaniel Hawthorne’s The Scarlet Letter. The model was from Plymouth Massachusetts and I saw something in her face that reminded me of the early settlers there.

I bought a Greek Revival farmhouse in Carver, MA from a man named Winston Bradford Leach. Bradford was the first Governor of Plymouth Colony and he was followed by John Carver. Mr. Leach built and operated a printing press attached to the house. It was called Chilton Press. It was connected to an old part of the house that was built in 1760. By coincidence I restored the gravestone of Mary Chilton at King’s Chapel Burying Ground for the City of Boston. She was the first woman off of the Mayflower. Her stone was a very expensive jet black slate set in a cement mosoleum. Slates were used as ballast on the ship. It was broken into twenty pieces.