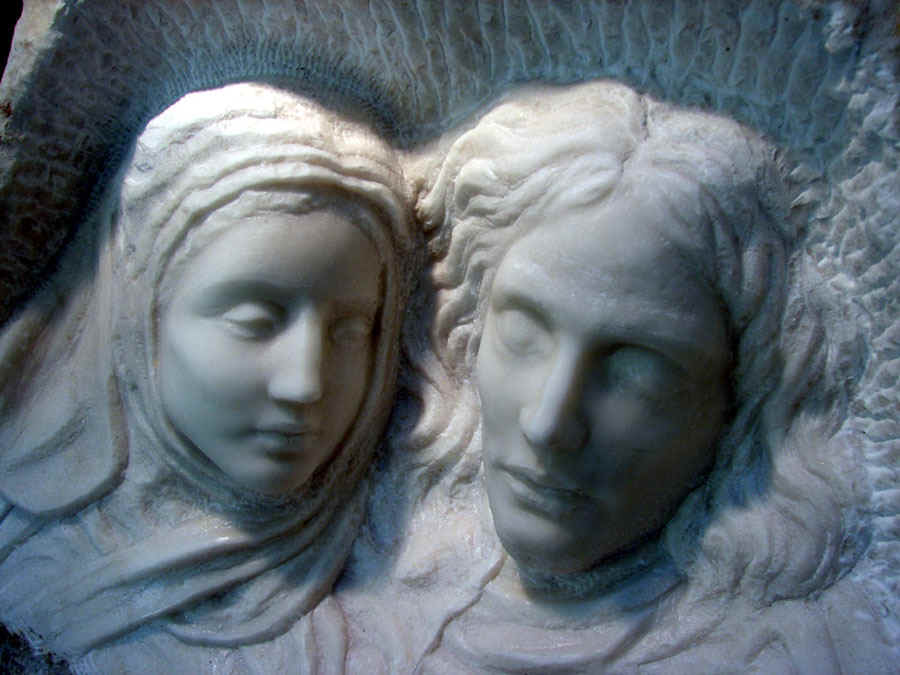 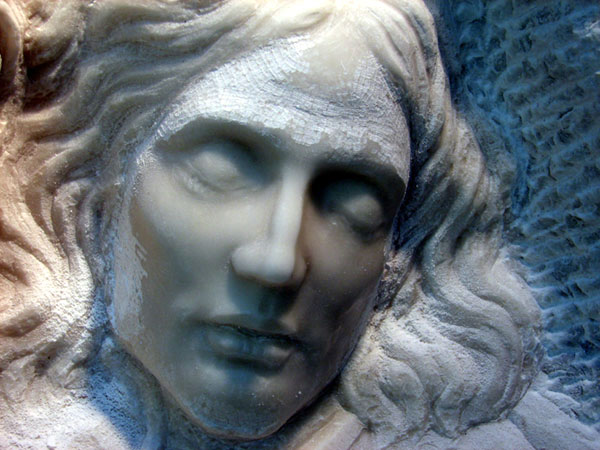 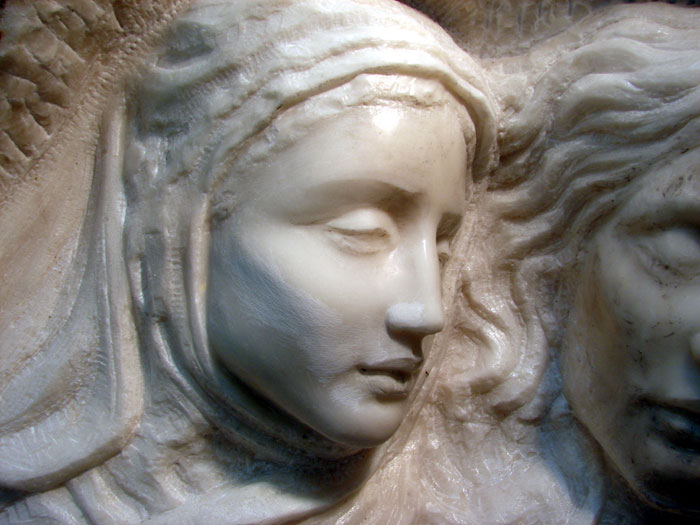 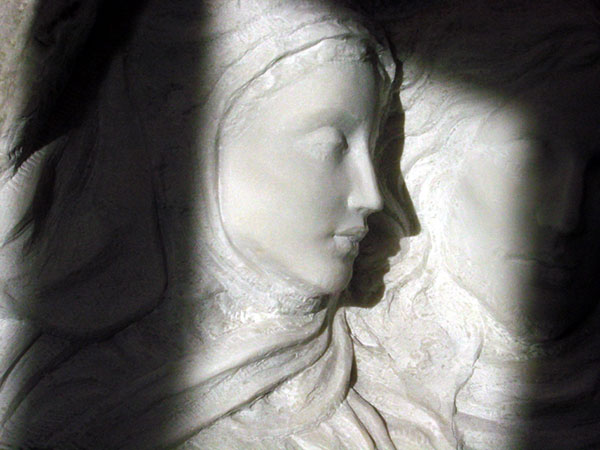 I’m startled by the late afternoon December sun. Mary’s profile as seen in the shadow is what I have been working toward. It reminds me of the shadows on the wall of Plato’s cave that suggest the guessed but not seen essence.

“The hint half guessed, the gift half understood is Incarnation.

Of spheres of existence is actual,

Here the past and future

Are conquered, and reconciled,”