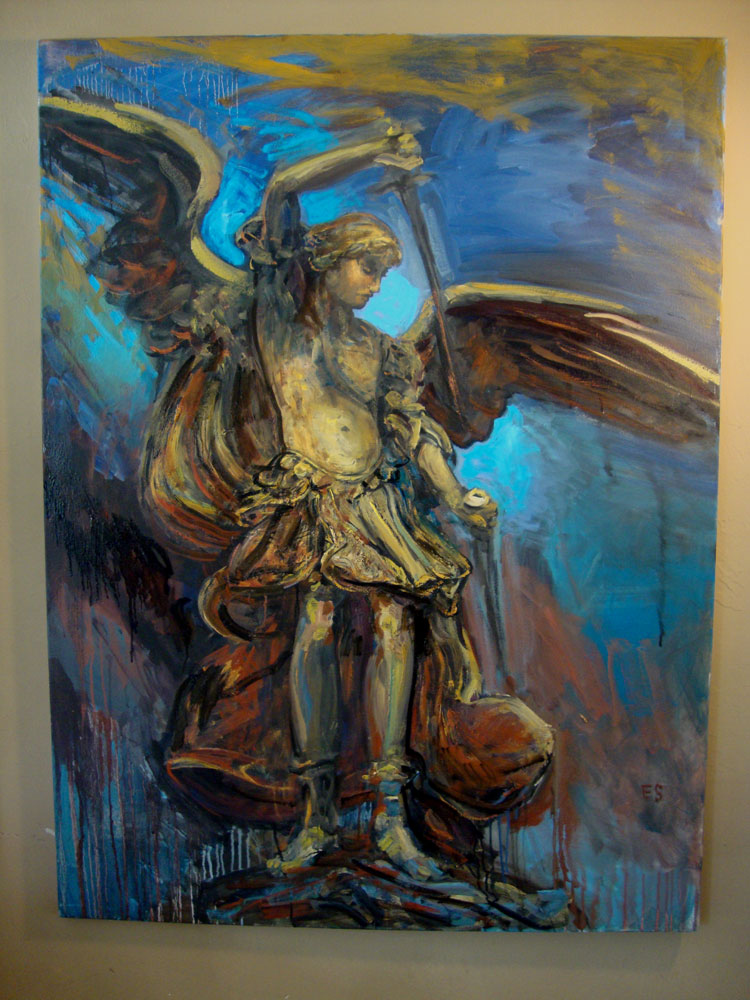 The painting is a representation of the vision seen by Pope Gregory the Great and hundreds of pilgrims as they processed from the Basilica of Saint Mary Major through the streets of Rome toward Saint Peter’s Basilica carrying an icon of the Virgin Mary, Holy Mary, Protectress of the Roman People, Santa Maria Solus Populi Romani. Saint Michael dressed in the armor of a Roman soldier, is returning his bloodied sword to the scabbard, signifying that the plague of 590 AD would end. Since then Emperor Hadrian’s Tomb has been called Cactel Sant’Angelo.

The miraculous vision of the archangel was commemorated by a chapel dedicated to St. Michael built atop the mausoleum and later a statue of the Archangel was placed atop the chapel. Pope Gregory’s vision was never forgotten. It was confirmed by a similar miracle marking the end of the Black Death of 1348. 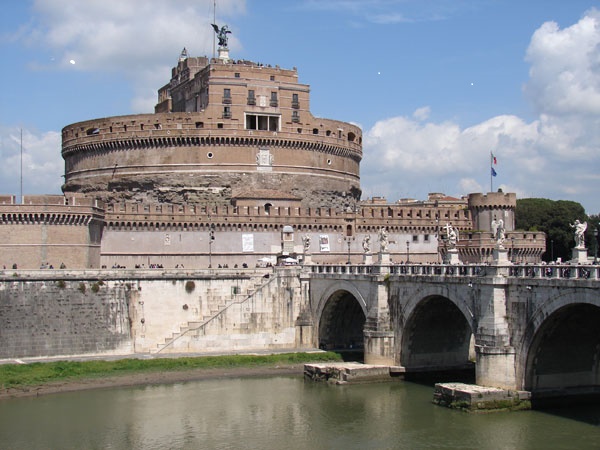 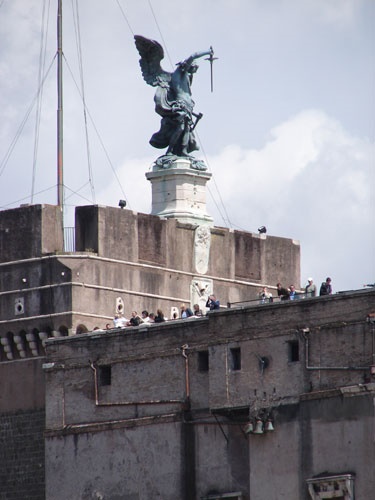