Boston commission votes to remove statue of Lincoln freeing a slave. The Mayor got duped.

Many heroes were guided to end slavery by the brilliant ideas of the Founders.

There is a narrative that the United States is racist. That is a politically motivated bias that presently begets mobs and violence. The following is about how the country ended slavery. It is a remarkable story because many heroes were guided by the brilliant ideas of the Founders. The nation should be proud.

Jefferson is attacked for having slaves. Slavery was an established phenomenon at that time. Because he was intimate with slavery, he was able to see the shining light of the humanity of the slave as more important than the person’s worldly status. Personhood is the Judeo-Christian idea that informed the Western Civilization that ended slavery in the United States. Jefferson wrote “All men are created equal.”

Despite the fact that Jefferson was a lifelong slaveholder, he included strong anti-slavery language in the original draft of the Declaration of Independence, but other delegates took it out. Benjamin Franklin, also a slaveholder for much of his life, became a leading member of the Pennsylvania Society for the Abolition of Slavery, the first recognized organization for abolitionists in the United States.

As President, on 2 March 1807, Jefferson signed the Act Prohibiting Importation of Slaves and it took effect in 1808, which was the earliest allowed under the Constitution.

Historical figures have providential destinies. Grand events happen in historical timelines that combine expediency and opportunity. Lincoln could not have freed the slaves if Jefferson had not written the ideas behind that action.

The Emancipaion memorial in Boston is a copyof the one in Washington D.C.. It is being removed by the city’s Art Commission and the Mayor. It is not their monument. It was paid for by the freed slaves out of pride and gratitude.

Ekua Holmes, vice-chairwoman of the Boston Art Commission said that “we should not have works that bring shame to any groups of people”. She probably meant “any group of people”.

Art Committee and Mayor Walsh, it is not your monument, why are you qualified to assign ‘Shame”? The Mayor got duped.

Although the Art Committee woman and Boston’s Mayor did not hide behind black masks, they were driven by the same ignorance that drove the violent rioters to deface the great Shaw Memorial across from the State House. Colonel Robert Gould Shaw was given the honor to lead the Massachusetts 54th Regiment of all Black soldiers In the Civil War. 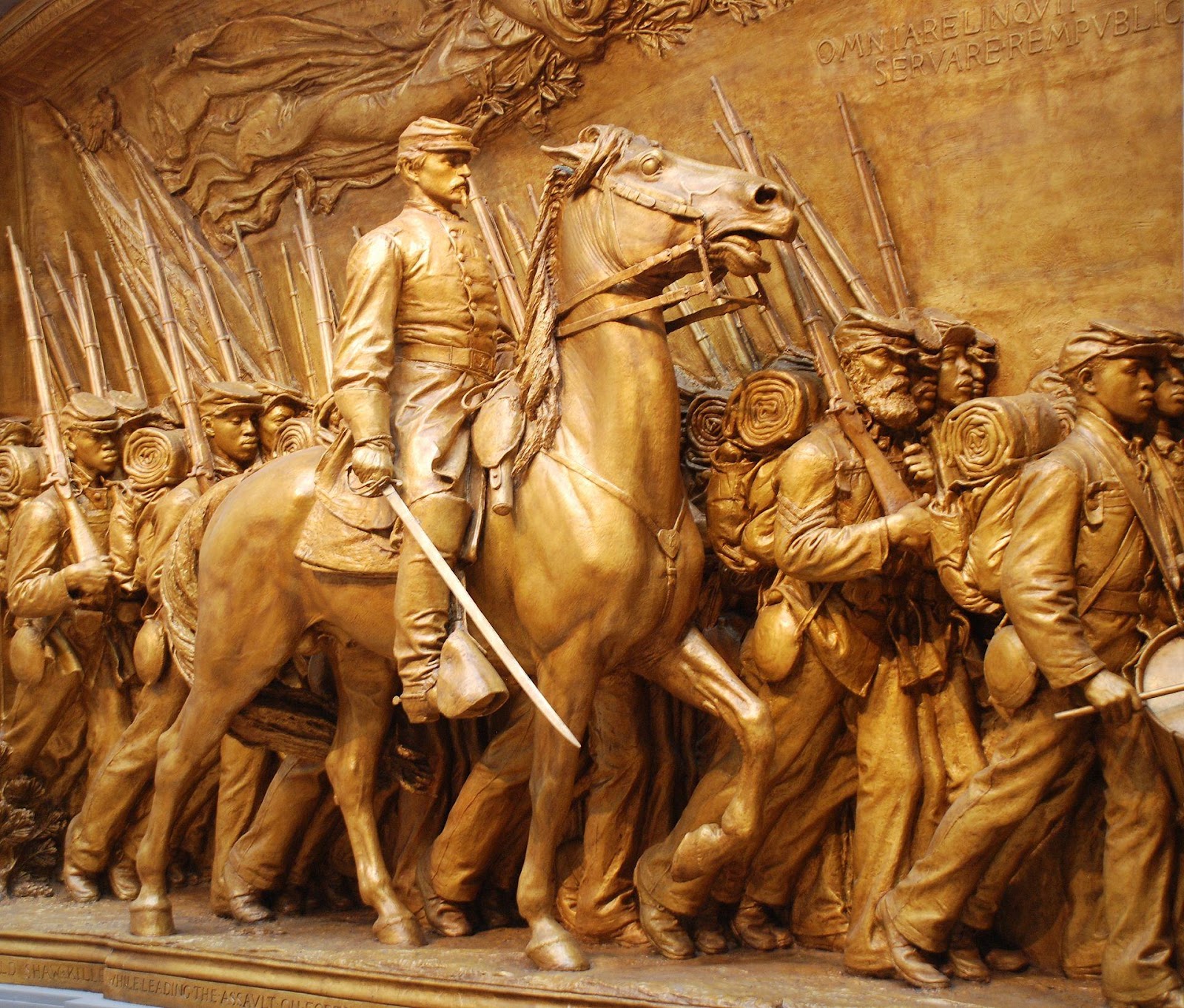 He was given that honor because his parents who lived behind the State House on Beacon Hill were dedicated Abolitionists. Sculptor Augustus Saint-Gaudens used individual models for the infantry soldiers. Colonel Shaw died with his men. The city wanted to make a large tomb for him on the Public Garden, but his family said he should stay buried with his men in South Carolina. The sculptural part of the monument above was not damaged by barbarians because it is behind plywood undergoing restoration. There was destruction to the back of the monument.

Art experts and civil servants should look at the men of the Massachusetts 54th Regiment. All of those men died to end slavery. In light of that your idea that the freed slave having one knee on the ground as he raises himself up is shameful, is revealed as just your own personal made up phobia that means nothing.

An obsession with skin color is racist. When honest men work together, they don’t notice such things.

No more monuments with Black slaves or Black Soldiers, or Black leaders should be destroyed.

The Emancipation Monument was initially called “The Lincoln Monument” because one motive of the freed slave’s sacrifice in making the memorial was gratitude to the President. And there is an element of their self-respect for having endured. You cannot give someone self- respect. But it is criminal to try to take it away.

The sculptor has correctly and clearly represented slavery as it was, a Black man in chains. If an Art expert is uncomfortable with that, what does that mean? Does that mean that the truth of slavery should be denied, covered over, made pretty? Become like a fairy tale? This

monument represents one chapter, one big step, in our gritty, grand, not pretty history to end slavery.

A thoughtful young woman said to me. Does that mean that The Coliseum should be taken down because Christians were fed to the lions there? That made me grateful that no one has had an ignorant agenda to take down the buildings at Auschwitz because now it has become a place of mourning and prayer. And I am reminded that moral human beings have a duty to preserve history.

Boston was the early Abolitionist center. It is criminal for the uninformed to destroy history. It is our history. I am a Bostonian and a sculptor, and I remember very clearly being moved by the beauty and power of that sculptural group and understanding the grand narrative. I was not put off by any group think negative Marxist like reflex to destroy part of our cultural history.

The most prestigious Tour Company, Context Rome, asked me to write a walking tour of Boston. Naturally a large part was about the monuments in The Public Garden and The Common. Of those, the ones that impressed me the most were the Boston Abolitionists, Generals, Ministers, Senators, and writers, there were many. 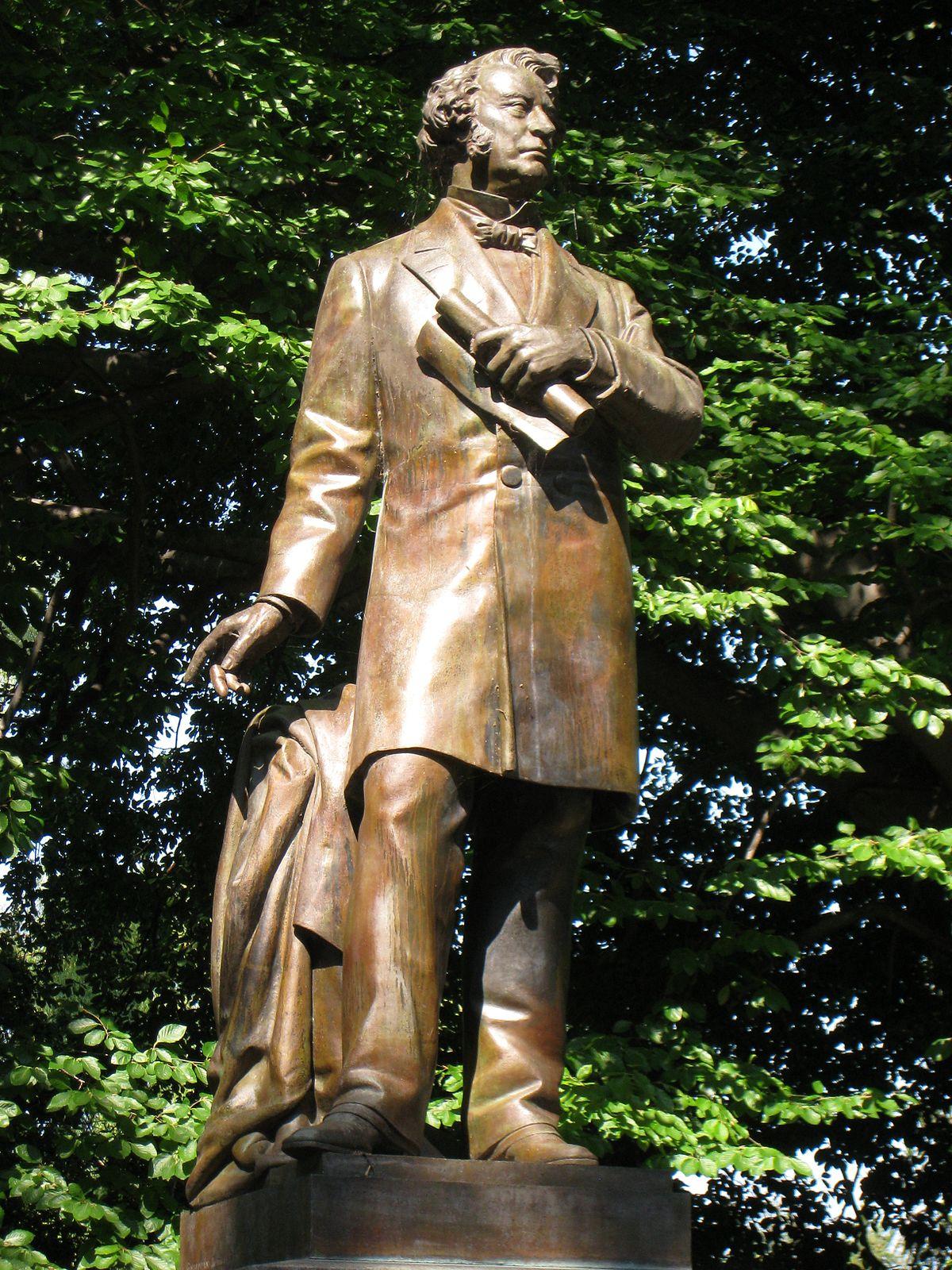 Massachusetts Senator Charles Sumner was a Boston Abolitionist who was nearly killed on the Senate floor when he was beaten with a cane by South Carolina Democrat Congressman Preston Brooks in 1856 because he gave an anti-slavery speech. It was several years before he could return to the Senate. Massachusetts not only did not replace him, it re-elected him, leaving his empty desk as a reminder of the incident. You can see that the fight to end slavery in this country, has indeed been gritty and grand. The freed slave is not passive, he is active. The President does not help him up, he blesses him in a grand gesture as if he is blessing all slaves.

In the late 17th century, the Roman Catholic Church officially condemned the slave trade. It was vehemently condemned by Pope Gregory XVI in 1839. The abolitionist movement only started in the late 18th century, however, when English and American Quakers began to question the morality of slavery.

Prior to the American Revolution there were significant initiatives in the American colonies that led to the abolitionist movement.

Lincoln’s Emancipation Proclamation was an executive order of the U.S. government issued on 1 January 1863, changing the legal status of 3 million slaves in designated areas of the Confederacy from “slave” to “free”. Slaves were legally freed by the Proclamation and became actually free by escaping to federal lines, or by advances of federal troops. Many served the federal army.

There were many great characters and heroic actions in the gritty and grand work of this country as it ended slavery. This monument memorializes two of them. I will present a brief history of the impressive looking man with an impressive history who was the model for sculptor Thomas Ball.

“Designed and sculpted by Thomas Ball and erected in 1876, the monument depicts Abraham Lincoln holding a copy of his Emancipation Proclamation freeing a male African American slave modeled on Archer Alexander. The ex-slave is depicted on one knee, about to stand up, with one fist clenched, shirtless and with broken shackles at the President’s feet.” 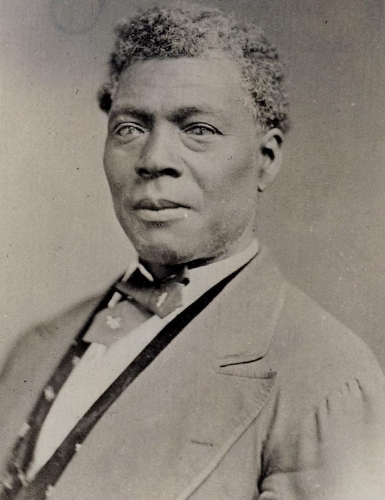 Archer Alexander was an enslaved man in Missouri during the Civil War who decided to risk his life to help the Union army. Having learned via an overheard conversation that a band of rebels had sawed the timbers of a bridge where Union troops would soon be passing, he decided to warn the Union troops of the danger. On the run from slave catchers who suspected what he had done, Alexander made his way to the suburbs of St. Louis where, by remarkable good fortune, he came to the attention of William Greenleaf Eliot, a Unitarian minister and co-founder of Washington University. (His grandson would be the poet T.S. Eliot) The two men became friends — Alexander worked for the Eliot family for the rest of his life.

The Emancipation memorial was created through a fundraising effort begun by a newly emancipated Virginia woman, Charlotte Scott, who donated the first $5 she earned in freedom to a memorial. Others contributed as well. It was dedicated in 1876 with former president Ulysses S. Grant in attendance and a rousing speech by Frederick Douglass who lived in the Capitol Hill neighborhood where the statue was located in a large park.

The figure of the newly emancipated slave in the statue is not well known like Lincoln. It is so good to know who it is — Archer Alexander.

He was a real person and as such helps me to think about the enormity of slavery and of its legacy.”

According to the National Park Service, “The monument was paid for solely by former slaves: The campaign for the Freedmen’s Memorial Monument to Abraham Lincoln, as it was to be known, was paid for with contributions exclusively from those who had most directly benefited from Lincoln’s act of emancipation. The funds were collected solely from freed slaves.”