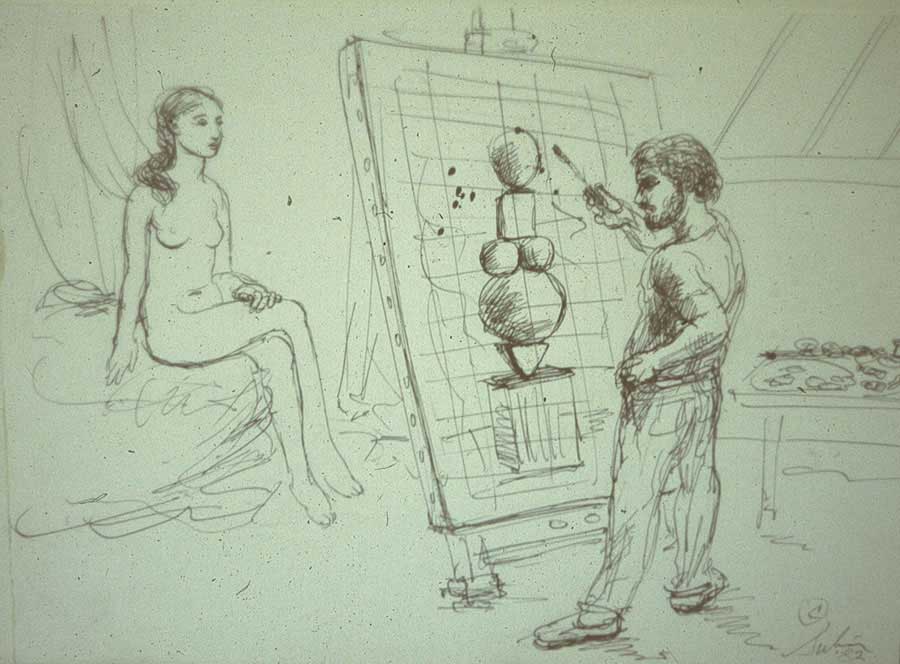 This drawing, from 1982, ironically shows that the Modernist invention is more important than any connection with life and its beauty, that is right before the artist in the form of a live model, the kind of reality which has inspired artists for centuries.

The Philosphy of Rene Descarte initiated a dualism, a split between mind and body, soul and body, in 1619 that has only recently with “The Theology of the Body” of Pope John Paul II been revised with a philosophy and theology that restores the body to its rightful importance. The attack on the body has had a profound influence on art in Modernism leading to abstract art and the disembodied art that is Conceptual Art. Descarte’s “Cogito, ergo sum.” -“I think, therefore I am.” was his way of finding the certitude that he searched for in 1619. The only knowledge that he trusted was the fact that he thought. He rejected sense knowledge, as well as knowledge from politics, religion, and opinion, as being unreliable. With that view Modernism was born. Its characteristics have been 1. Subjectivism, (everyone is an artist) 2. Rationalism, science is prized over artistic knowledge, 3. Dualism, privilege of mind over body, separation of mind and body 4. Anti-Traditionalism, lets tear it down and start over.

On a personal note, the drawing above was an acknowledgement of my realization that I lived in a time when traditional art was despised. There were no commissions for altarpieces, so I decided to master my craft by making studies from life, like the many portraits of my family. That body of work has become an important part of my art. 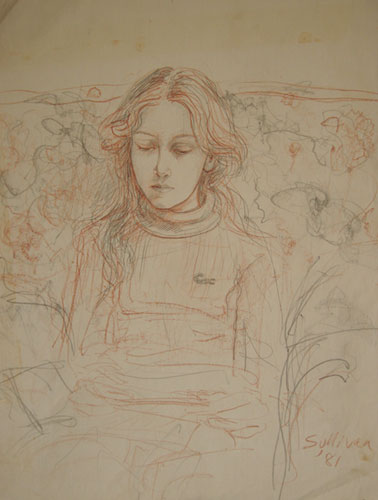 Caravaggio and the Aesthetics of Meaning , September 27, 2011.