Caravaggio drawings discovered? The hoax is the media fuss about the supposed discovery. The hundreds of unremarkable drawings from the studio of the artist from that Caravaggio studied with, Simone Peterzano, have been known and documented for many years. They are in the Peterzano collection of ’s . Why the big deal?

The travesty is that there is a new hoax in the news every other month about this artist who died more than four hundred years ago.

There was the discovery a few years ago of some bones in Port Ercole, where Caravaggio might have died. They were certified as definitely belonging to the painter because there were traces of lead in the remains. Artists used lead white paint. Titian used the same paint and lived to be ninety years old. Caravaggio who died at age thirty seven must have eaten his paint. And if some fake expert discovered next week that the artichokes that Caravaggio threw in the face of a waiter, an act that landed him in jail, were cooked in oil, it would be international news. The waiter would not tell him whether they were cooked in oil or butter, he said taste them and see. That was taken as an insult and it was important for the artist at the time, but do we need to know?

There are endless “news” stories about Caravaggio because there is mystery surrounding much of his life. This time there is the possibility of a new discovery because art historians are stuck upon the strange idea that he did not draw.

If you asked me last year if he drew I would say, yes, of course he did, it was part of an artist’s training. And I can say now that there is under drawing of some sort in his paintings. He did not make a worked up black and white under painting that would be glazed over later with transparent color. That was a common practiced of the day, a detailed grisaille. The value only under painting shows up on x-rays because of the opacity of the lead white paint. Since there is no technological evidence the hasty conclusion is that he did not draw.

When he picks up a brush, he draws as he paints. In this case drawing means proportion and definition of shape, separate from, but linked to color and the simulation of light.

The art historians mistakenly conclude that there is no drawing below the thick paint because the drawing is not visible by today’s technology. And they have become confused about lines cut into the paint with a knife,  maybe even a sword. They say that this is under drawing. That does not make sense because if you take a knife to canvas you end up with a hole in the material. Dried or drying oil paint becomes very hard. In later stages of the painting he made sweeping lines in the paint to clarify a big shape, the sweep of an arm, or an outline of a figure. These are clarifying gestures for himself, used to get control of grand proportions, not details.

Contributing to the no drawing myth is a statement by the artist. When a friend recommended the resource for artists in the antique sculpture that was being discovered and dug up in , Caravaggio pointed to people in the street and said, “These are my models.” We do know from looking at the paintings, and from contemporary accounts, that he worked from live models in his studio with a concentrated over head light source. In many ways he painted like a contemporary painter, alla prima, preceding Eduard Manet and John Singer Sargent. That does not mean that he did not sketch out where figures would be located with thin paint washes.

It is likely that Caravaggio drew as a boy. His father was an architect and mason and may have worked on the construction in Caravaggio of the grand Baroque basilica shrine for the Madonna of Caravaggio. His uncle was the site architect for the sanctuary.

No doubt as an apprentice he was required to draw in his master’s studio. It should become news only if there is a truly great drawing hidden there, whether by his hand or by another’s. Let us see and decide if any work compares with the quality of his paintings.

The stories about nothing are the big disappointment. Where are the art experts who have eyes?

The great Italian art historian, Roberto Longhi mounted an exhibition of Caravaggio’s paintings in in 1951 and connected him to the Modern world. He rediscovered the all but unknown painter. The same expert looked at a painting in the Borghese Gallery collection that was of uncertain attribution and said, I think it may in fact be by Raphael. The painting had a heavy awkward drape over the shoulders that he concluded did not go with the fine quality of the face. His reputation as someone who could see allowed the custodians of the work to take the risk of removing the heavy cloth and reveal the little unicorn beneath. We know the painting now as Raphael’s Lady with a Unicorn, thanks to the trained vision of an art expert who could see. 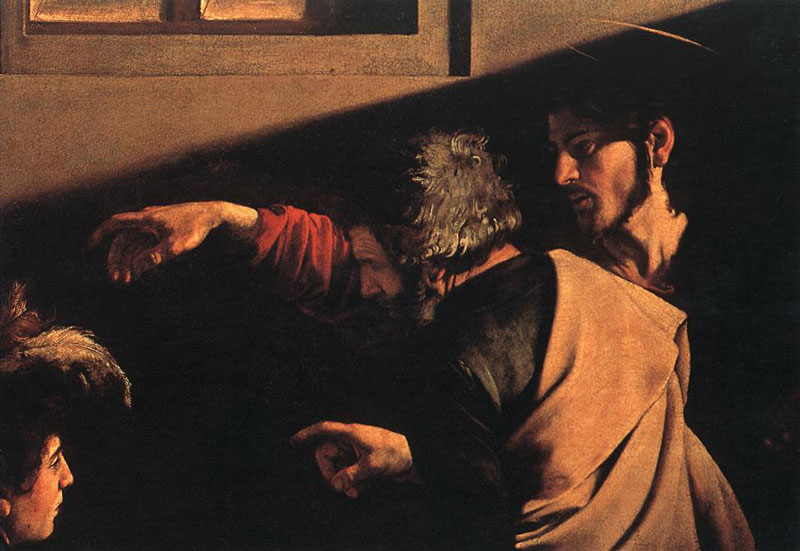 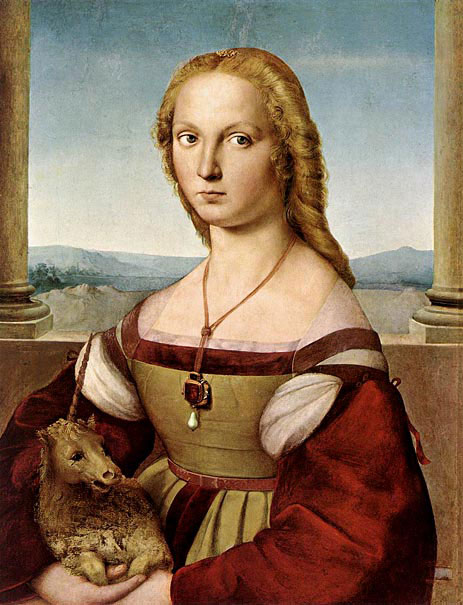