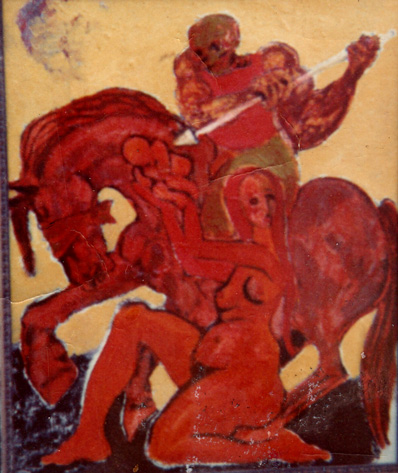 This painting is from my days in a loft in SoHo in New York. I knew young people who were considering abortion. I had thought that one reason that they could follow through with the taking of a life was because the act was unseen, hence the woman turning away and the blindfold on the horse.

The following same thought from recent times is from Pope Benedict in Christianity and the Crisis of Cultures, Ignatius, 2006. 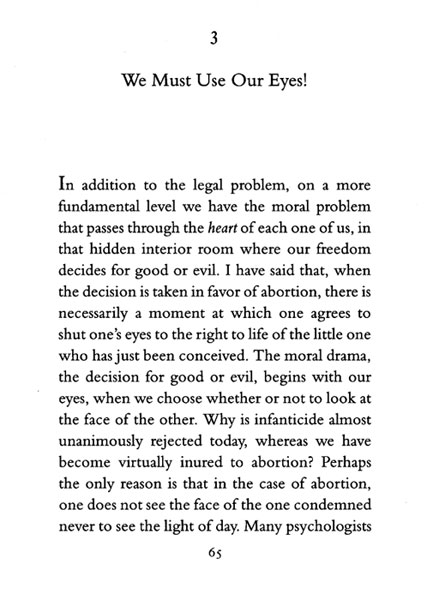