Is it a sacred office or a CEO job? If the latter, then what continent he is from counts, how many languages he speaks matters, is he too old, or too young must be considered. Or is he a compromise candidate to block the Americans or to block the entrenched Roman Curia? These are all important political things to be mindful of.

If it is indeed a sacred office, we can look at some ideas about who chooses whom, or who finds, and who is found. Pope John Paul II said, “I did not choose you, you chose me.” Pope Benedict has summarized all of sacred scripture as God not having been found but of first finding, beginning with Abraham and all the others that he revealed himself to.

In Benedict’s book he says that the apostle to the Gentiles did not have just a conversion because that implies some change internally, in the ego. He says, “Rather it came from the outside: it was a fruit, not of his thought, but of his encounter with Jesus Christ. In this sense it was not simply a conversion, a development of his “ego”, but rather a death and resurrection for Paul himself.” “One existence died, and another, new one was born. This encounter is a real renewal that changed all his parameters.” Pope Benedict chose for the cover of his book a detail of Caravaggio’s painting of Saul changed to . 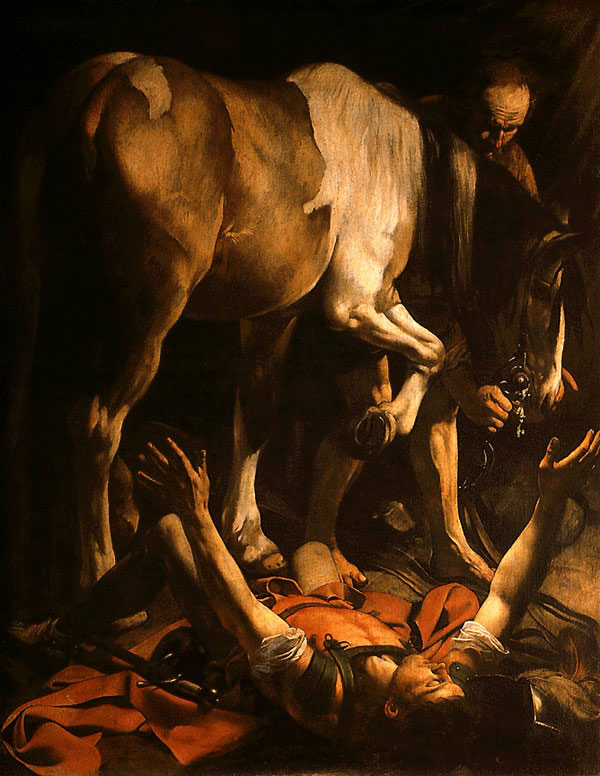 Caravaggio, The Conversion of ,

In front of Michelangelo’s Genesis and Last Judgment ideas about time change, and it is not so easy to politic as usual.

From My Interview with Saint Peter, The Art of Martyrdom, an article from 2011, He (Saint Peter) said, “So to conclude about martyrdom. Do you know that all but two, of the fifty two of my immediate successors as Bishop of Rome are saints, most were martyrs?”

And he continued, “Losing one’s head, being pierced, or cooked, is not for everyone. There was a time when we had to think about it. We had to be prepared. You had to give it all. It was a big distinguished club to join. There were some seriously impressive witnesses. The Greek word for witness means martyr. You wanted to be like them, and then most of all was the master’s example, so fresh in our minds. You know it happened so fast. It seemed right for me given the position that I had. What else could I do, get another fishing boat?”

This is the state of mind and soul that is required for a man to say, “Yes, I accept the office.”

Having said all that about God choosing, the conclave will still be carried out in real time beginning today by more than one hundred men from all over the world.

Within that group today there is a split between those who want to maintain a status quo and those who want reform, the cleaning of the filth that Benedict began. There are observers who see his stepping aside as a means to achieving that needed cleansing. When he left office every curial department shut down. A new younger Pope will be able to start fresh, and the new Pope will have the special report prepared by the three Cardinals that came out of the “Vatileaks” scandal. Only Pope Benedict’s eyes have seen that report. The electing Cardinals asked to know what it contained but we are not sure exactly what and how much information they have received.

The Italian patrimony and tradition is not trivial. It has worked for the country, the city, and the . Here is one good example first, and then I will point out a current problem with it that is analogous to what is happening now in the curia.

Recently this story has been questioned but I like it as a story anyway for what it points out about the way things work in .

In 1586 Pope Sixtus V (the Sistine Chapel is named after Pope Sixtus IV) set architect Domenico to move the obelisk from Nero’s Circus to the center of the piazza in front of the almost finished Saint Peter’s Basilica. It is from a single block of granite, high weighing one million pounds.  It was brought from by Emperor Caligula in 37 AD. The obelisk has been called the “Silent Witness” because it saw Saint Peter and so many others martyred by Nero right to the left of where the fisherman’s basilica is now.

Given the history and the symbolism it was important that it not be broken in the move. There were 900 men and 140 horses for the task and the men were required to confess and recieve communion before the final stages of the move that took four months. There were instructions that if any man spoke he would be executed. As the ropes began to burn, a sailor yelled, “Water the ropes.” He was not executed, to this day his family, his town, has the contract to supply the palm branches at Saint Peter’s on Palm Sunday. This seems appropriate as long as he can deliver on the contract. This is tradition.

I have often spoken of the generosity of the Romans for putting up with us art pilgrims and generously sharing their patrimony. But lately the union influences in have required museum guides to be only those certified as Italian guides. The vigilance has been excessive and a woman was escorted out of the museums even though she was just explaining something to a family member. This is not tradition, it is grasping petty provincialism. Things may be getting better because I know a well respected guide who has spoken up and is being listened to now, and is being asked for advice.

Inside the curia there are two groups favoring a status quo, those who want to keep control, and another group that is about maintaining contracts. Cardinal Bertone has been linked with the latter. In opposition to these, are the Cardinals who wish to complete the reform that they believe Benedict began. Those who favor the status quo keep proposing compromise candidates to block reform, but none has caught on yet.

The vote is hand written on paper and is secret. The ballots are burned after each second vote.