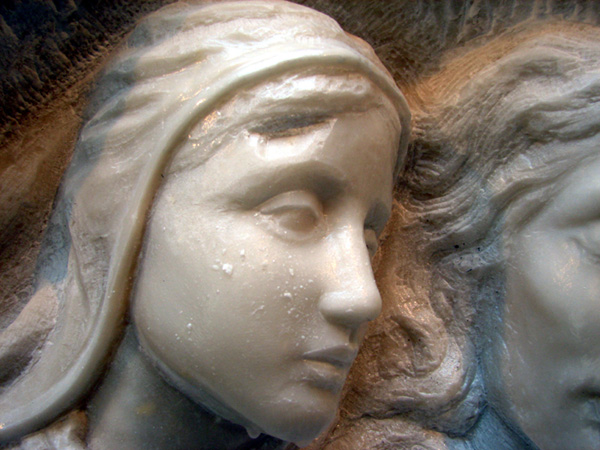 A flaw appeared on this most visible side of the face.  It was a hole the size of a pea but it was almost an inch deep. I had run into these holes before but they were not deep. This photo is not of the hole but what I did carving down to get to good marble. Everything would have to change. I felt betrayed, let down by the marble, I was a good diligent worker! This is what this kind of carving is about. It’s about seeing something that is not there. It is a search.

“Taking away is an inquiry, a philosophic endeavor- stripping away excess to get at the truth.” – Eric Scigliano, Michelangelo’s Mountain, p. 97. 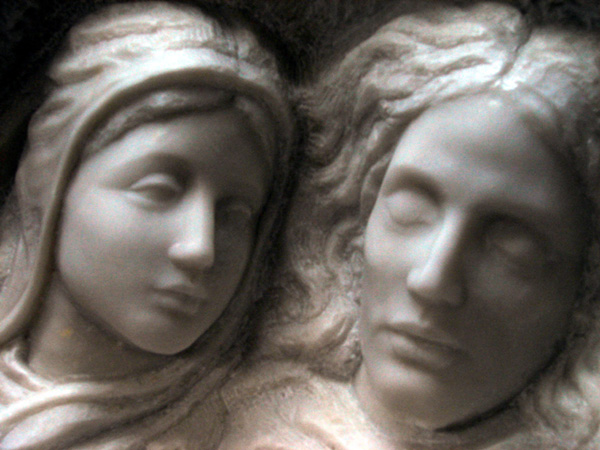 I re-carved the whole head in three hours. Now she is alive and has the right expression and is really looking at him.

Post Script: The hole required that the top of the Virgin’s head be tilted into the block ( thereby expressing more emotion) and also that her forehead be pushed back making her look up more, fixing her gaze more directly at the face of Jesus. I was able to react and continue to carve, but I only came to understand weeks later, that these adjustments of the tilt of the head were indeed great improvements adding to the emotional impact of the entire work. 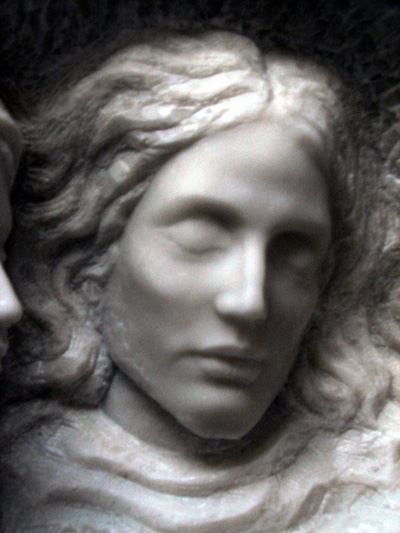 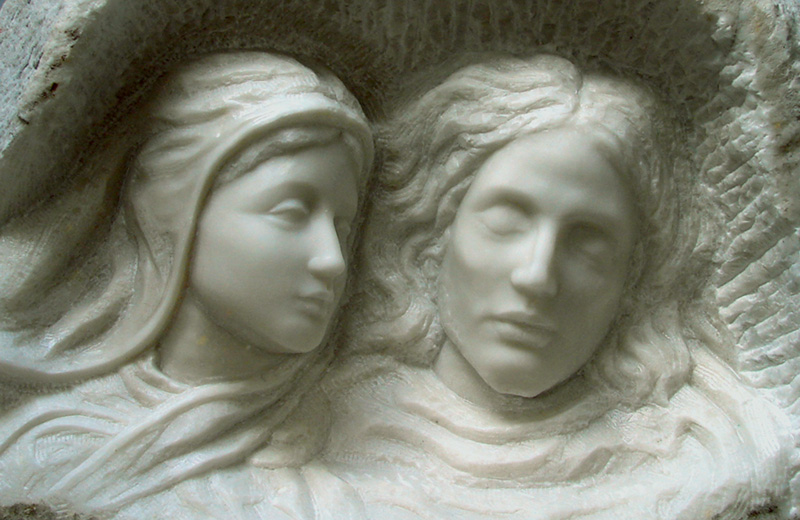